VPN or the virtual private network allows surfing the internet securely without letting any activity noticed by the different pings of vast spread networks. That means Setting up VPN allows to access region-restricted websites, shield your browsing activity from prying eyes on public Wi-Fi, and more.

There are several VPNs available on the internet but only a few are the best out of these.

Protected browsing is crucial for streaming and torrenting from your phone, Also the speed of any VPN matters a lot as if the speed would be low then working on it can be a really difficult task. Those people who are willing to get about the fastest VPN for the Android and iPhone Here in this article, we the best VPN for Android/iPhone devices. If you are interested in reading about this information or find it helpful for your usage then please read it down.

Let’s have a look at the Best Fastest VPN for Android/iPhone that you can use to browse the site privately over your smart device but with the improved speed as most of the VPN can lower it down. So have a look at this VPN below. 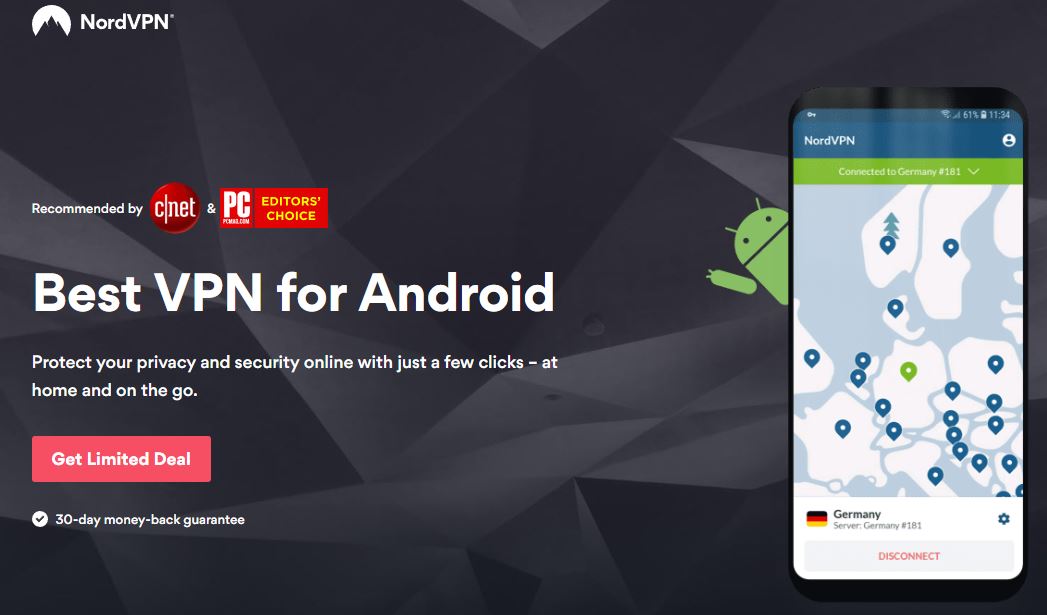 NordVPN one of the most popular VPN service providers for Android gives one-tap access to over 5,072 servers across 62 different countries, this app also consists of a built-in adblocker so you can browse the internet freely while using fewer data. All you need to do is tell NordVPN where you want to connect, and it would instantly connect to the network. Install this fastest VPN on your Android device so as to get the speeds up to 75 Mbps.

Another great feature is NordVPN’s extra-secure Double VPN. It routes your traffic through two VPN servers instead of a single one to give you doubly encrypted data. This feature might slow down your connection, but if you need to be absolutely sure that no one knows what you’re doing online, you can be confident in Double VPN.

Google play store not downloading apps? Here how to fix 2020

What is Android? Introduction of Android OS its Features & Applications 2019

This is available for both Android as well as iOS, ExpressVPN is Best for Security & Fastest Connections Speeds. The best part of this VPN is that the users can actually set the speed limits as well as choose the location from out of the several countries. The ease of using this VPN also makes it retain the top position and rankings.

One of the great features included in ExpressVPN’s Android app is the recommended location; as soon as you start the app, it will recommend servers to you based on where you’ll get the best connections. With a tap, you can connect to their fast servers all over the world. 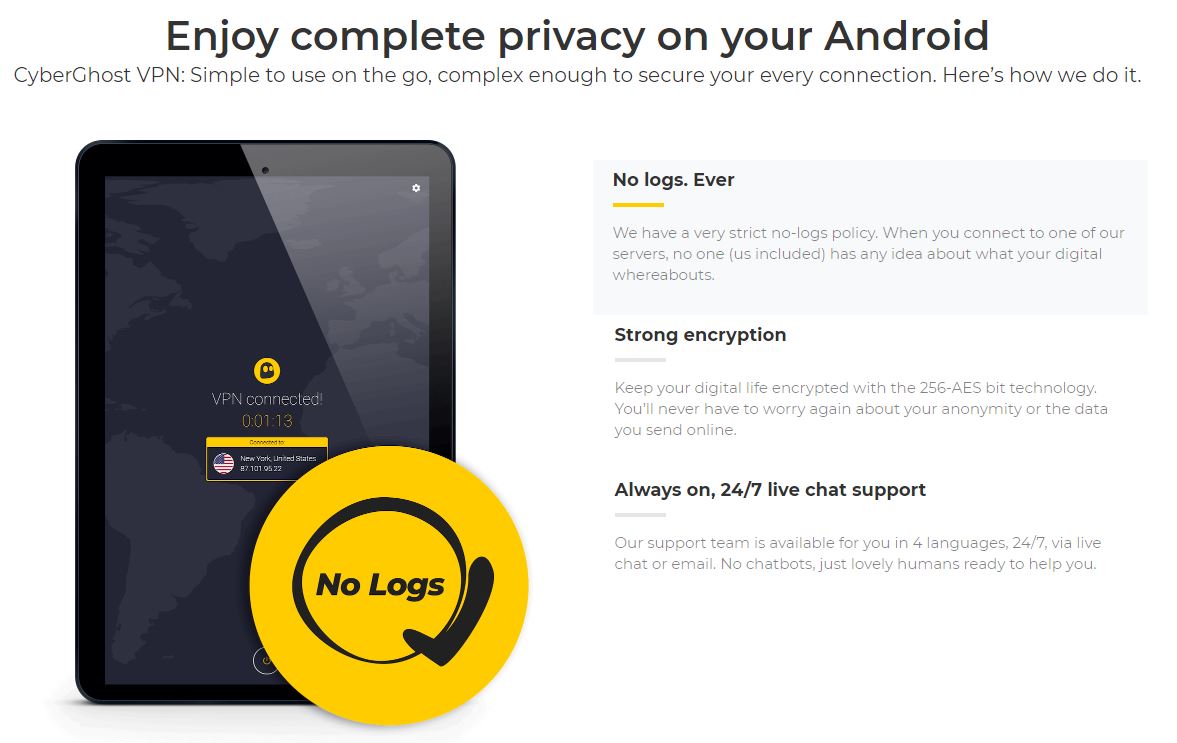 CyberGhost makes a great VPN for your Android device. If you’re not worried about a bit slower speeds than NordVPN or ExpressVPN, it’s definitely worth downloading. The app has everything you’d expect from a top-tier Android VPN app. Simple server choice, easy kill-switch on and off, the ability to mark certain servers as your favorites, and recommendations for the fastest server from your current location.

Get CyberGhost from here.

Why Avoid Free VPN for Android?

Because Free VPN for Android comes with compromises. First, they’re often not very reliable. Providers of paid VPNs aren’t likely to prioritize the traffic of their free users, and if you aren’t willing to pay, you’re going to get second-rate service.

The same applies to speed. Free VPN for Android just aren’t going to be able to compete with paid options on speed. You’ll get faster, more stable connections from a paid provider, and that’s worth a lot.

Second, providers of free VPNs still have to make money. And if they’re not getting it from you, they’re getting it from advertisers. Free VPN providers are more likely to log your information, sell your data to third parties, and display ads while you’re connected. While ads are annoying, having your data collected and sold is a violation of your privacy.

How to Disable Incognito Mode in Chrome Windows 10 and macOS

Check this essential VPN features, Before Buying a VPN…

What is Other on Mac Storage? How to Delete it (Step by step guide)

How to Run system file checker (SFC) Utility on windows 10

Windows 10 BSOD – What it is, how to fix different blue screen error on…